I am talking, of course, about technological and organisational transformation. Still, is it something real in Central and Eastern Europe (“CEE“) and, more importantly, should legal professionals be mindful of it? To put it shortly: YES.

„Even if you’re on the right track, you’ll get runover if you sit there long enough” said the late American humorist Will Rogers, half-jokingly articulating the imperative to adapt and develop. That’s a good allegory for the legal profession: today’s success is no guarantee for tomorrow’s survival unless real effort is put into pushing the industry further along the innovation path.

This is all the more relevant at CEE level. CEE is a laggard in the innovation adoption curve because regional legal professionals have been neither incentivised nor pressured to adapt to the ongoing change taking the industry by storm. Yet, this status quo is already going through some radical transformations and legal professionals can no longer escape the need to adapt.

Changing paradigms poses significant challenges especially in industries with more traditional mindsets such as the CEE legal one. The resistance  towards innovation manifested by legal professionals here can be traced back to the nature of both law and legal industry. First, law is branded as a human science, for and about social interaction; I will further detail on the accuracy of this assertion. Second, for centuries now, lawyers have had absolute monopoly over providing and delivering legal services, which in turn eliminated any significant form of stimulation or constraint for the professionals to be agents of change. Change is upon this industry, whether the practitioners like it or not. At this stage, the only control they can exert is over the solutions to adopt in order to survive and thrive under these new circumstances. There is a myriad of options out there but what currently seems best fit for CEE would be professional upskilling and a change in the working methods.

Up until two decades ago, lawyers worldwide could not even imagine interacting with their clients and between themselves other than in person or by written documents. That is why, when in 1996 a then younger than many Richard Susskind prophesied that in a few years’ time, all communication shall be done via email, the entire legal world conjured him to put an end to this blasphemous prediction and come to his senses. His then outlandish predictions were soon validated but this anecdote stands as proof of not only lawyers being bearish with respect to any notion of disruptive advancement in their field but also of the pace with which digital change infiltrates every single industry.

Technology has been taking by storm multiple CEE industries for some time now, helping doctors analyse and improve patients’ health status, financiers produce economic forecasting and entrepreneurs streamline their projects and cashflows. While widely claiming to be a special snowflake, legal industry is no exception to this trend: many legal professionals understand the necessity of legal technologies while some actively request their implementation. But compared to others, CEE legal industry is still lagging in the process of innovation adoption.

In the more innovation-friendly legal markets, the first stage of change (i.e., denial) seems to be over. It is in fact argued that the more advanced markets are entering the re-resourcing stage, with the last step (i.e., disruption) looming on the horizon. By contrast, in terms of adoption curve, it would seem that innovation of legal processes and services in CEE is currently in an early phase[1]. There are noteworthy innovative products originating in the CEE but the fact that we count and greatly celebrate each of them speaks volumes on the current state of play. Shifting the industry dynamics is a difficult and complex process irrespective of location, but regions with more traditional mindsets such as CEE could prove even more challenging.

Although legal tech has become a recurrent buzzword with many law firms, corporate legal departments and entrepreneurs, many lawyers and business people in CEE alike are curious rather than proactive and focused on implementation. In a survey[2] conducted by the author earlier this year on 100 Romanian legal professionals, 70% of the respondents identified conservative mindset as the main reason for legal technologies’ inability to penetrate the local market. Does that mean a stagnation in the local or regional innovation process? Absolutely not. Should this discourage all the visionaries out there striving to upgrade the legal industry? Again, no. But let’s be honest, we all have heard stories of practitioners penning their ideas on a piece of paper and then handing it over to their secretaries to put that into an email.

At CEE level, innovation on legal tech market is lagging because of not only this region’s unattractiveness for outside investors and enterprises, but also due to an enlarging and polarising digital gap, all coupled with and influenced by an inherently popular conservative mindset. While the former two causes are treated in separate posts, I will now focus on the conservative mindset characterising the legal industry. To this effect, it is worth noting that the opposition or sheer indifference towards innovation manifested by legal professionals in the CEE has multiple roots.

But this is a fallacy.

Which brings me to the second cause.

While these methods of providing legal services might have been enough 100 years ago, the 4th Industrial Revolution raises the productivity bar the fittest companies must reach if they are to adapt and survive. As business constructs, legal services are now about law just as much as they are about design, clients’ experience, data, technology, multidisciplinarity, agile iteration and constant adaptation.

Whether or not the cause of innovation adverseness at CEE level lays in a puritanical understanding of the “art of law”, in a condescending approach to legal practice or simply in lawyers being too busy working on their projects to think about where this industry is heading to, one thing is certain: legal services are no longer provided and delivered in that romanticised manner, by or before wigged professionals, using the legalese parlance lay people would understand only with a legal dictionary in their hand. Rather, legal services must be provided and delivered using lean methodology, in a smart, agile, client-centric, data driven, tech-enabled  and inclusive manner.

Legal industry should no longer be a monolithic enterprise but rather a wiry industry, based on healthy business principles and technological solutions. On this topic and on a general note, we are at a point where humans are better off spending their energy on creativity than on productivity. Luckily, legal industry, more than many others, is intrinsically creativity and critical thinking centred. What lawyers must do now is to use this asset in their advantage and not so much work for business people but rather think like ones.

Bending the rules of the game is no easy task but will greatly benefit the stakeholders of the legal market.

The first step in aligning the legal industry to the requirements of astute competition is acquiring new skills, more suitable for the digital age. This does not entail a career shift, but rather incremental upskilling aimed at preparing both young and senior lawyers for doing business in the Information Era. Hence, in our Future-proof lawyers series, we will present the necessary skills and emerging jobs expected to help adapt and diversify CEE legal market.

Second, legal professionals should consider rethinking and changing the working methods. Since clients require better results for less money, lawyers have to focus their energy on higher order productivity if they are to remain competitive. The surge in legal complexity (an increase by 800% between 2003 and 2018)[3] coupled with increasing speed of transactions indicate that the only way law firms can cope with this rhythm is by augmenting their capabilities through tech solutions. A brief diagnosis of all industries seems to reveal that we are in the tail-end of the Era of Productivity Abundance, in which the most rational investment for improving productivity is a machine or an algorithm. The overall latest developments show that the Era of Creativity is forthcoming, with the return on creativity outrunning the return on productivity. For CEE legal industry to benefit from this shift of paradigm, professionals must free themselves from mundane and repetitive activities and focus greatly on revenue-boosting creative tasks, the very reason they entered into the legal profession in the first place.

Long gone are the days when the prevalent question was whether change will infiltrate the legal industry. Now, the only relevant question is how to adapt and maximise the efficiency. The economics of this new legal industry will be different. Higher value will be rewarded exponentially more than routinised tasks and all work shall be centred around client needs. Thus, it is creativity-boosted, bespoke solutions that will make the difference among legal professionals and their corresponding compensations. The business world has entered the Information Era and that brings along additional challenges for the legal profession in terms of skills, processes, organisational structure and operations.

Follow us and learn more about how the CEE’s legal industry can transform this threat into an opportunity! 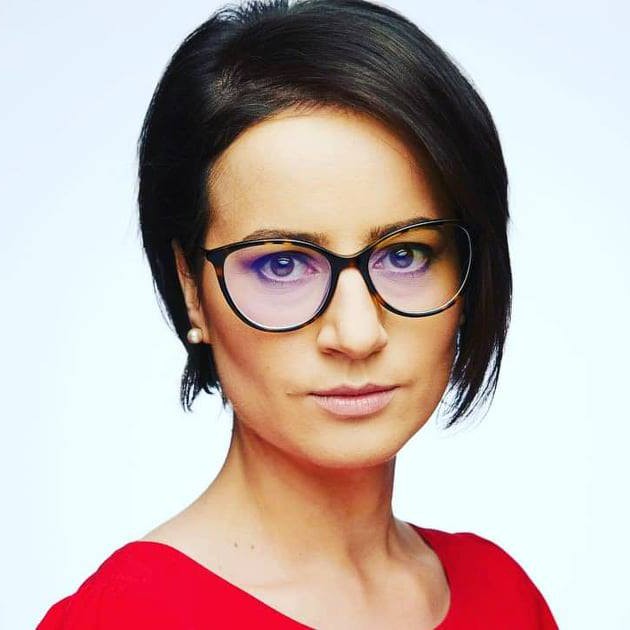