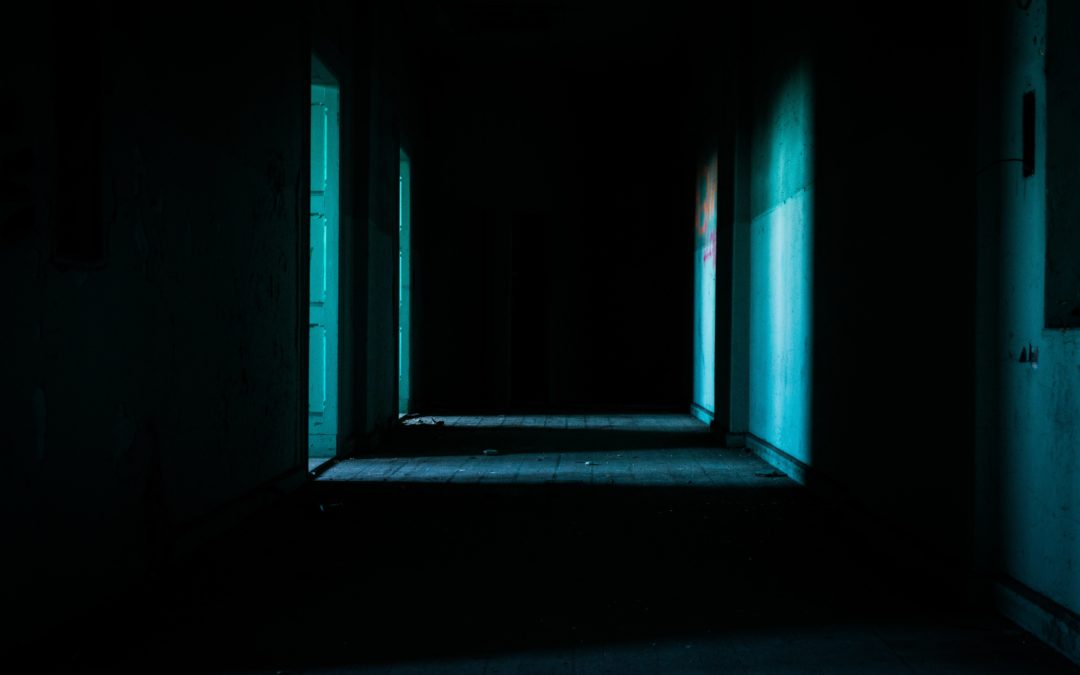 The legal ecosystem has been transforming. Destination: a modern industry fit for serving the globalised digital economy. This journey is still far from complete, on either the cultural or technological level. Yet, what’s been a slow process – a dance where technology takes a foothold here, traditional law backtracks, strengthening its barriers there – is now being turbocharged by the COVID-19 pandemic.

The “choice” (not) to modernise turned into a brute force necessity. Evolution is turning into a revolution.

What, just weeks ago, was deemed impossible (e.g. working remotely) is becoming our daily reality. What was considered unimaginable (e.g. the global economy brought to a halt) is unfolding before our eyes.

The only certainty about the future is a lot of uncertainty. Learning how to live with insecurity is the only security. Things – how we live, how we work – will definitely change, we just cannot fully predict how.

This situation raises significant challenges. Immediately, we must appease our anxiety and stress. These were already especially high amongst legal professionals. Furthermore, it is a strategic challenge, on a personal and organisational level.

How to prepare for the unknown?

In short, we must develop a mindset and craft a skill of negative capability.

While it’s not a magic bullet it is a jewel in the crown of the re-imagined professional skillset fit for the post-Corona world. Perhaps there are even more black swan events awaiting. There will be many shifts on the markets. Processes, goals, tools will change. Certainly, technology will soon bring more yet-unpredicted changes.

To cope and thrive in the uncertain times we need armour. Negative capability is this armour. It sits between the people skills and the hard skills, underpinning our preparedness for the coming unknown.

For starters, if you have never heard of negative capability, and so, think that it’s a fancy, but rather niche a term, you’re not alone. Not everyone studied English Romanticism (NB: I didn’t, yet while recently discovering the phrase had a “Bingo!” moment). Yet, this term pointedly depicts a concept familiar to most people interested in the future of law, including personal development, leadership, digitalisation and so on. In our debates, we’ve been circling around the topic, but seemed not to have a name pinpointing the approach to the unknown. So, upon encountering this very precise and settled term, it seems only right to borrow from the field of literature.

ORIGINS AND MEANING OF THE TERM ‘NEGATIVE CAPABILITY’ 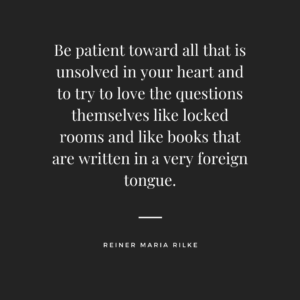 Rilke on living the questions and embracing uncertainty.

John Keats – the nineteenth-century English poet, has coined the term ‘negative capability’ in an 1817, now famous, letter to his brother. Although mentioned only this once, it has come to be the single most emblematic phrase of his entire surviving correspondence. He wrote about the acceptance of the unknown which simultaneously praised intuition and uncertainty. Originally, Keats referred to the sense of natural beauty and wonder, enshrined in curiosity, mysteries and unanswered questions, and juxtaposed against complete knowledge, with its pursuit of explanations, reason and logic.

The word ‘negative’ is used not in a pejorative sense, but referring to what is not present in or possessed by a person. It emphasises it as a desired state allowing for creative uncertainty, rather than any kind of deficiency.

Today, over two hundred years later, Keats’ observations remain equally –  if not all the more – on point. Not only in art and literature.

Negative capability, as a mindset and a skill, is of huge relevance for modern legal professionals. It is a meta-feature, underpinning our whole mental structure, in personal and professional life. Yet, also, it specifically ties with most major forces of change on the legal market and so will help us be prepared, cope and thrive. Specifically, in relation to:

Overwhelmingly, we shall develop negative capability for our own good. According to psychologists,

“people who are able to tolerate frustration and uncertainty are best prepared for today’s unsettled and fast-changing times”.

In the difficult times, we need to learn to tolerate, rather than try to fight or win over uncertainty, given this is largely a futile task. It doesn’t mean minimising exposure and impact of risks. It isn’t defeatism, either, but its opposite  – a hard crafted skill of purveying ‘deliberate calm’.

As much as it is easier said than done, given it’s not an easy fix, it is the only way to cope. This stoicism of a kind is also the main premise of negative capability, accepting and making peace with what is beyond us.

When we protect our mental health we can thrive and give back to the community, including at work. Perhaps this approach could also lead to greater openness and eradicating the still persisting stigma around our struggles.

Diversity is yet another lacking while much-needed quality in the legal ecosystem. Diversity, in terms of inclusion of underrepresented groups in the profession, has been improving. However, the pace is not fast enough and neither has it yet resulted in the diversity of thought, changing the traditional schools of ‘viewing and doing things’ or accommodating the ‘non-lawyers’ legal professionals.

The wide array of perspectives, resulting from different backgrounds and experiences, naturally comes from negative capability. Creative prowess and action, including by trial and error, are born in the setting of experiencing the world as an uncertain place and allowing for new experiences.

Innovation is the goal and the path forward for all modern entities (whether business, educational, public etc.), including in the field of law. Innovation stems from creativity. Law, considered an industry low in the creative spirit and traditionally short on innovation, could benefit from the members of its community applying the approach of negative capability, which, precisely, aims to unlock creativity. Welcoming the unknown creates a space for creative experimentation, opens up new avenues. In law, this would require a cultural shift. At the same time, such an attitude, including tolerance for mistakes, could strengthen the ethos of the lawyer as a problem-solver. Simultaneously, creativity released by negative capability will benefit all the future legal professionals who will be carving new, ‘non-traditional’ and non-linear career paths.

Lawyers, in general, are not perceived as empathetic. At the same time, it’s a grave deficiency, given that empathy is much needed and perfectly possible to be acquired. Here, too, negative capability comes to the rescue. “The imperative of negative capability isn’t about being indecisive (…). It’s about cultivating empathy. Artists [and lawyers should, too] do their best work when they learn to step outside themselves.”.

Traditionally, clients have seen lawyers as a source of knowledge and a rock-solid basis for decision making. Accordingly, legal education has been focused on memorising numerous statutory regulations and cases. Unfortunately, this is now an outdated approach. Firstly, in the ever-growing – in both quantity and complexity –  reality of the law it is bordering on impossible (and unnecessary) for anyone to master the full extent of the law. Most lawyers specialise in narrower disciplines where they can keep up with the changes. Yet, in any case, humans cannot compete with search engines and smart systems. Secondly, the expectations of lawyers are moving towards all-round business advisers. Therefore, tying in with the negative capability as ‘not possessed’ by a person, lawyers shall come to terms and accept that the nature of law as a knowledge business is changing. It is ok not to know everything legal. What’s much more important, is to have the skills allowing for retrieving the needed knowledge (for example, by using dedicated software) and analysing it comprehensively, in order to advise clients. To become more T-shaped, more Delta. Similar to business leaders, legal professionals embracing negative capability will utilise their intuition and ‘educated guesses’, based on their experience, to act faster and more out of the box.

The delivery of the legal function – especially in the business of law, but also the practice of law – is changing, largely due to technologisation and digitalisation. As noted above, future-proofed legal professionals will need to accept that technological progress frequently means that in many ways machines prevail over humans. Even further, to succeed we’ll need to embrace and utilise this dominance to our advantage. We’ll need to know how to use those systems and focus on all uniquely human skills. Again, this is epitomised by the mindset of negative capability, which prepares us for making peace with and thriving in such reality. Especially that technological progress is fast-paced and, to some extent, impossible to predict. It is the unknown and the uncertainty which negative capability embraces.

Lastly, all discussions about accepting uncertainty gained a new sense of urgency with the COVID-19’s outbreak. It affects all sectors of society and economy, including the legal sector, to the extent of calling it a black swan event. That is, after Nassim Taleb’s 2007 book, being (i) a rarity, (ii) of an extreme impact and (iii) of only retrospective predictability. Again, if there are more black swans to come, the only strategy for being (somewhat) prepared to absorb their impact is to accept the possibility they may come and be seismic. To develop agile, adaptable, creative and diverse teams and such approaches within them. That is the essence of negative capability.

HOW TO DEVELOP AND CULTIVATE NEGATIVE CAPABILITY

In summary, the best – if not the only – strategy to prepare for the largely unknown future is to develop curious and creative minds. With agile, adaptable and responsive to change attitudes. Also, as much as master the tech skills, we must nurture what is uniquely human and irreplaceable. That is, we shall develop a mindset and carve a skill of negative capability.

The tricky part is to bring about this change, given how most people crave security and stability, with lawyers perhaps even more than the average. The method for initiating and succeeding in such a shift comes from psychology. We are able to train our minds and develop desired habits.

In regard to embracing the unknown, psychologists suggest that we should:

Most of the above suggestions are not rocket science. They seem fairly intuitive and even obvious, yet is much easier said than done. Applying these steps is the hard, but very rewarding task, on both professional and personal level.

Negative capability is a state of mind and a skill best suited for dealing with change and cultivating openness. This, in turn, leads to innovation and improvement. It is especially important for legal professionals, traditionally perceived to be the problem-solvers aspiring to deliver clarity, security and stability. While it is highly unlikely that the traditional lawyerish “It depends.” will turn into “I don’t know.”, internally we can take steps in this direction. It’s ok to not know. It is highly recommended to welcome the uncertainty and venture on the exploration of the great unknown. For our own, client’s and the industry’s benefit.

Looking forward to comments and questions – get in touch! Thank you for reading 😊 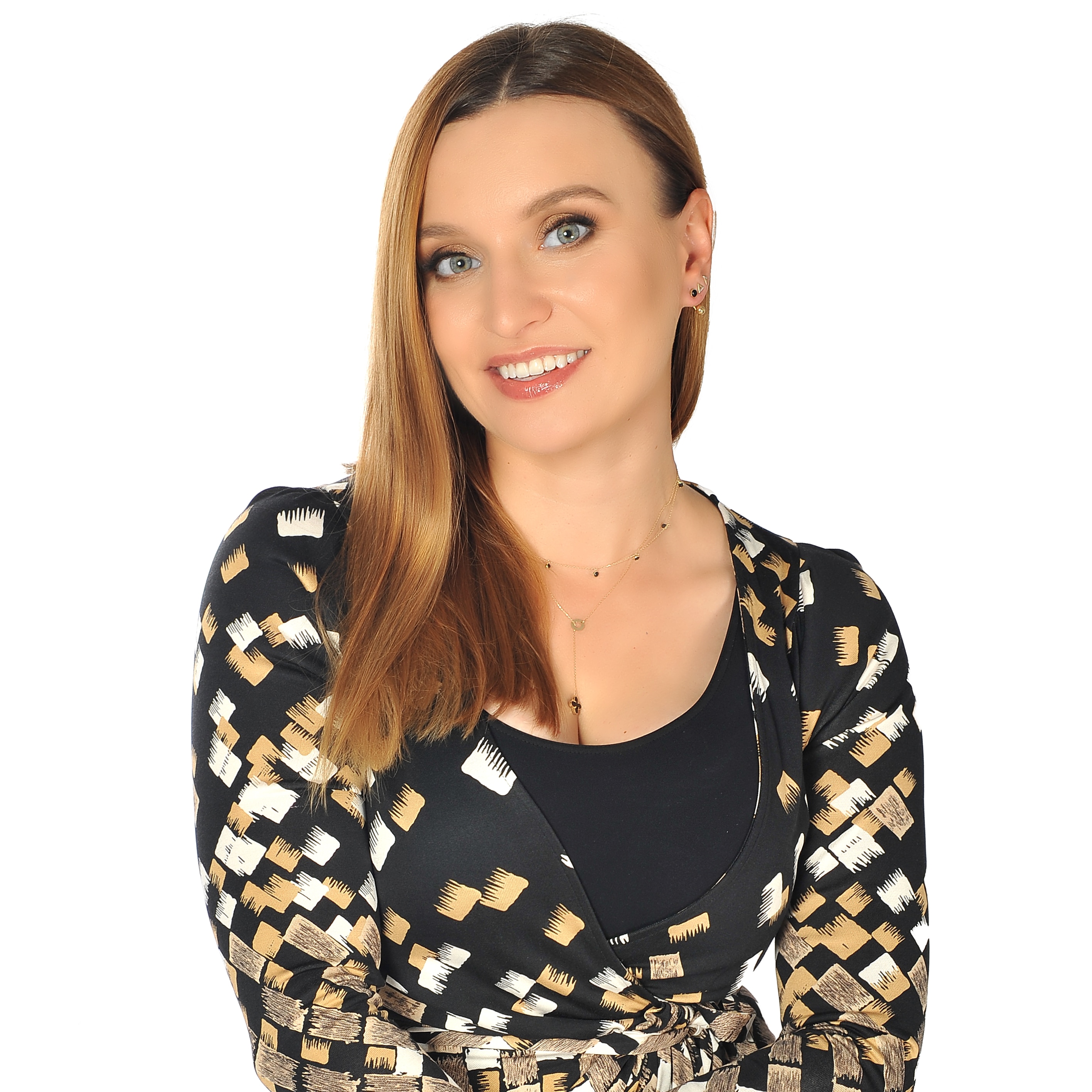 Karolina Jackowicz is a (re)inventor. With analytical mind – lawyer by education. As curious and empathetic spirit – mediator by profession. At heart, driven by creative urge with a get-go attitude – a habitual process improver turned manager, serving as legal tech start-up’s CEO. When not on the road: swimming, reading or walking basenji Amiś.